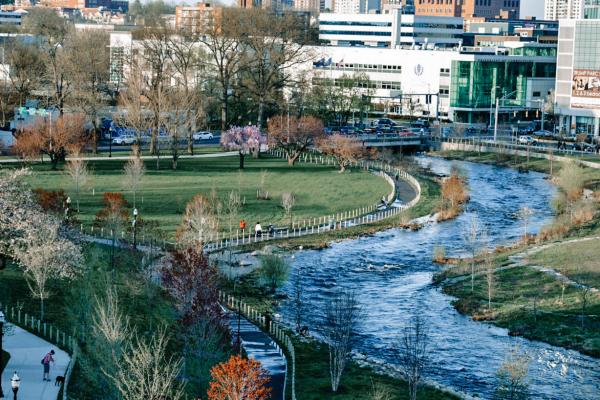 Milone and MacBroom (MMI), now part of SLR, was contracted by the City of Stamford to develop permit applications to support a proposed dam removal, channel restoration, and linear park along this urban river corridor. The Army Corps of Engineers prepared design plans for the removal of the Main Street Dam and associated floodwalls, removal of an existing obstruction under the Pulaski Street Bridge, and the restoration of two tidal wetland areas along the river bank. In conjunction with that the City had contracted with Olin Partnership to develop conceptual design plans for a linear park between Pulaski Street and Broad Street. As part of its agreement with the Army Corps of Engineers, the City was required to obtain the necessary state permits for this project.

MMI/SLR prepared Diversion and Dam Safety permit applications for submittal to DEEP’s Inland Water Resources Division, as well as a Structures, Dredging, and Fill permit application for submittal to the Office of Long Island Sound Programmes. As part of this effort, Milone & MacBroom evaluated the ACOE’s hydraulic modelling of the channel reach and prepared the necessary engineering report to facilitate DEEP review of the project. In addition, Milone & MacBroom flagged the limit of state regulated wetlands along the channel, performed tide monitoring up and downstream of Pulaski Street, and undertook bathymetric survey of the channel in the vicinity of Pulaski Street to support the ACOE design efforts.

All State and Federal permits were successfully issued and completed for Phase I and Phase II of this project.