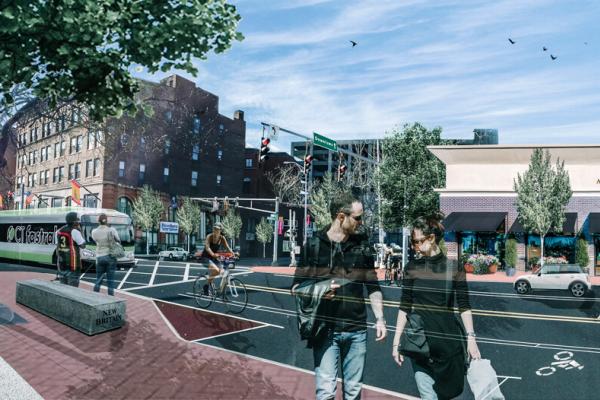 Keeping up with FastTrak

New Britain had yet to fully embrace and implement a comprehensive plan to promote TOD in its three distinct CTfastrak station areas by the time the bus-rapid transit system began operations, despite several planning initiatives undertaken through the years of design and construction. The City needed a feasible plan tailored to each area, coupled with a clear and specific implementation agenda that could advance plans and entice private partnerships in catalyst development projects.

Our team conducted extensive analyses of existing conditions, including analyses of demographic, housing, economic, market, traffic, infrastructure, transit ridership, historic properties, and field surveys. The extensive analysis resulted in identification of initial opportunity sites, which were then vetted through the planning committee and the public to establish priorities. We also convened a developer’s panel with the planning committee to discuss challenges, opportunities and priorities for engaging in public-private partnerships in development of key sites.

Stakeholders and community members provided input on development opportunity sites, the types and design of redevelopment desired, and appropriate mechanisms for achieving the vision, such as new land use regulations and fiscal policies, through multiple workshops with different stakeholders for each of the three station areas, interviews, focus groups and surveys

Our team of urban designers and planners prepared conceptual development plans that included building massing alternatives and public realm improvements. An implementation agenda detailed the organisational, regulatory, infrastructural and policy changes necessary to induce development in keeping with the Plans, some of which the City began to make even prior to final plan adoption.