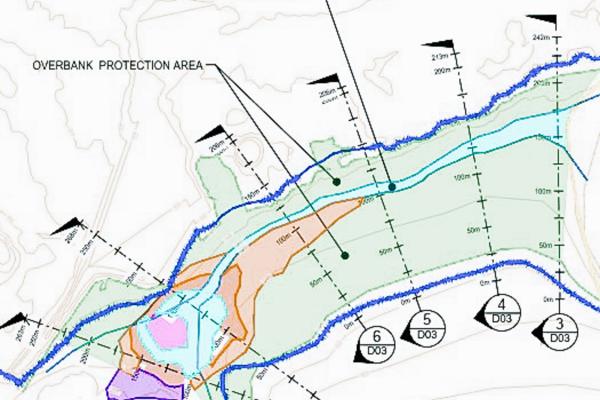 The Northern Territory Government commissioned SLR to develop a rehabilitation design and associated contract documentation for the former Rum Jungle Uranium Mine Site located 6 km north of Batchelor, in the Northern Territory (NT).  Mining of uranium, copper and lead occurred from 1953 to 1971 resulted in significant environmental impacts to the East Branch of the Finniss River (EBFR).  SLR has developed a remediation design to restore cultural values of the Traditional Land Owners, and improve environmental condition onsite and downstream within the EBFR.

Key aspects of the project involve backfilling one pit as a waste rock storage facility backfilled sub aqueously to form a shallow lake while a second pit will polish site runoff before re-entering the EBFR.  Waste rock in several existing dumps will be relocated into a contemporary  Waste Storage Facility, and the East Branch Finness River will be moved to its original alignment.  An 18-year implementation period from spade to handover, involving TLO input throughout the remediation and $325M of Federal and State funding will see the Rum Jungle Lands returned to its former condition.

This project involved many SLR disciplines including the following civil engineering aspects: