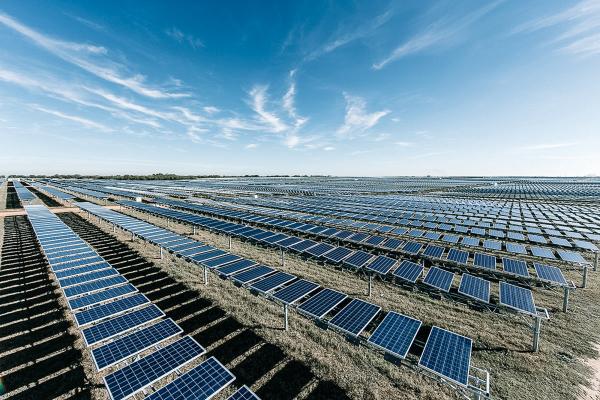 The Yarrabee Solar Project is in the Shire of Narrandera in Western New South Wales and has been designated as a State Significant Development (NSW).

The 2,600 hectare site has a rural zoning and is currently utilised for large scale agricultural purposes.  The proposal entails the construction of a 900 MWac photovoltaic (PV) solar facility to be developed in stages.  SLR was commissioned to prepare the EIS/DA for the proposal and also prepared the Landscape and Visual Impact Assessment for the EIS for submission to the NSW Government.  The technical skills of SLR’s Landscape Architecture and GIS teams were used to assess the proposed impacts of the solar facility in relation to the surrounding environment.

In the first instance visual baseline conditions were identified to capture the surrounding topography, vegetation, roads, structures and water bodies.  This set the framework for the identification of the Baseline Visual Character and the Landscape Character Assessment which was in line with the identified Landscapes of the Murrumbidgee Catchment.

The body of the Visual Impact Assessment initially drew on GIS information to digitally map the Zone of Theoretical Visibility.  This helped to identify areas where the proposed development could potentially be seen from areas adjoining the site.

Following this, field work was undertaken to ground-truth the site and identify key receptor points from which Photomontage imagery was produced.

The Assessment of Visual Impacts was undertaken rating elements such as Receptor Sensitivity, Magnitude of Landscape Change and the Effect Significance.  The proposal gained Development Approval in December 2018.